Cognitive Science, the study of how we learn, is extremely popular in many schools today. The work of one particular educational psychologist, Barak Rosenshine, is increasingly influential, and some schools and academy chains have adopted his “Principles of Instruction” to inform teaching practice in their classrooms.

Rosenshine’s Principles in the Computing Classroom 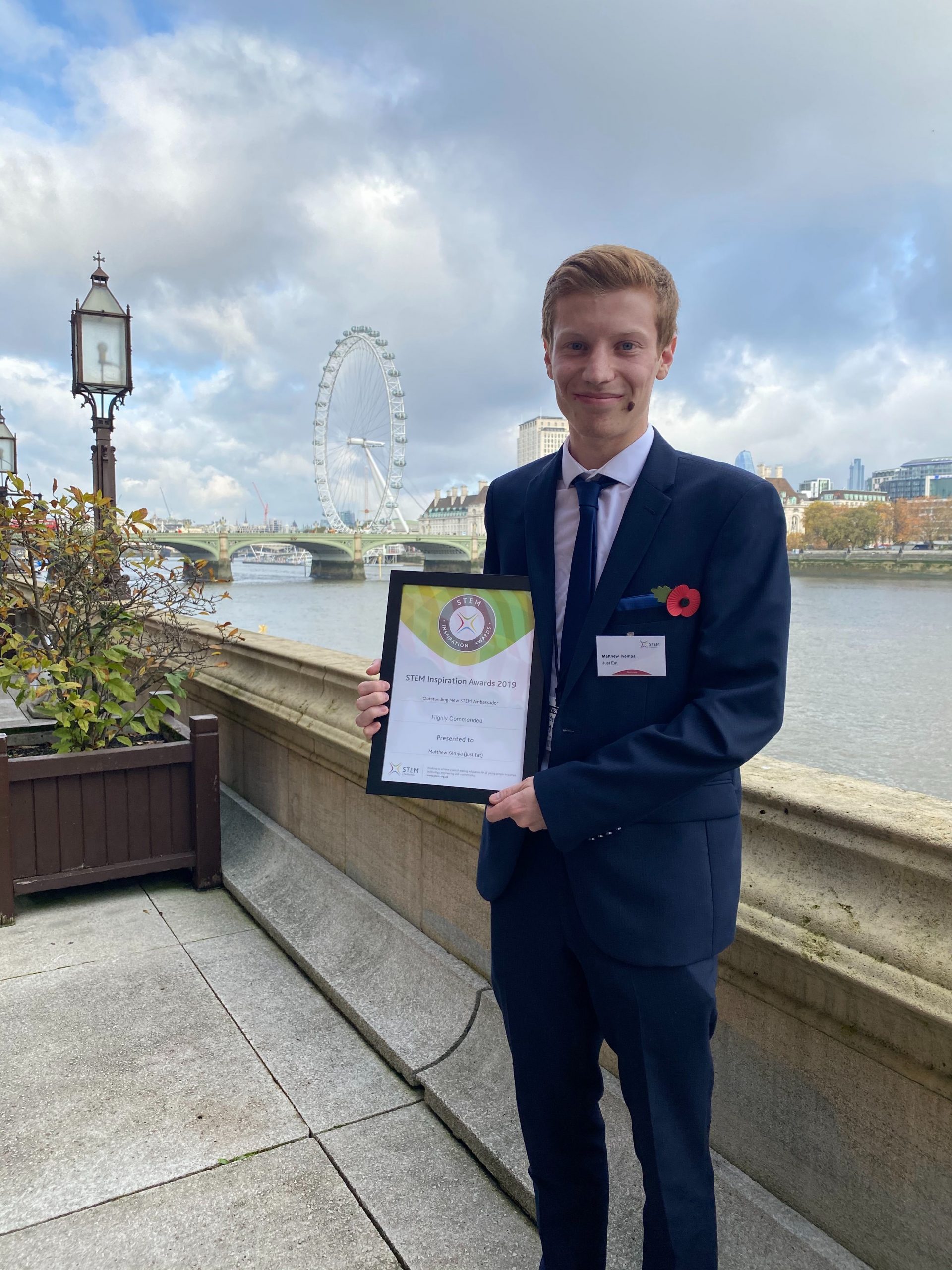 One of the most rewarding aspects of teaching, is hearing the success stories of former students. So it was lovely to find out that a student I had taught had been highly commended at the STEM Ambassador, STEM Inspiration Awards.  Matt Kempa is now working in Bristol, for Just Eat, whilst I lead Computing Hub & Science Learning Partnership in Cheshire & Stockport. Here’s Matt’s story:

What was your route to your current job?

After completing my A-levels, I went to the University of Nottingham to study Computer Science. During the summer after my first year, I worked at a local web developer creating websites in Nottingham. During my second year, I worked for IBM where I had an opportunity to work on automating the creation of chatbots. Then after graduation, I moved to Just Eat.

What influenced your career choice?

In all honesty, I felt like I was good at Programming and Computer Science, it all seemed very logical. It’s an incredibly creative science without too much math! I get to build cool products for a living that can be used by millions of people.

Any comments about your time at school? – you mentioned your work experience at Siemens – what A-levels did you do? Why?

After Eaton Bank Academy, I went to Sir John Deanes College in Northwich to study Computing, Economics and Business. These subjects really set me up to a range of career paths, as well as teaching me to think logically at a small scale as well as at an international/macro scale.

You also mentioned a trade fair you took part in – can you give any more info?

During my spare time, I work on a project with some friends from Nottingham around protecting identity online and giving users control over data. We got invited to go and show our work at Web Summit in November which was very cool.